The PAK-A/AM is a high reliability and safety regulated DC Power supply for industrial use. It is a switching regulator and provides a high total efficiency, and is extremely compact and light. It is incorporated with various provisions for use as an industrial system component, including a local/remote switch-over circuit, remote control signal input circuits, monitor signal output circuits, and protectors. The advantageous features of the PAK-A/AM Power supply are as follows: (1) Compact and light The sizes and weight of the PAK-A/AM is less than a half to one-third of those of the conventional Power supply (those of the corresponding model, of Kikusui PAD-L Power Supply). Thus, the PAK-A/AM can be very advantageously used as a system component. It can be easily handled for maintenance and replacement. (2) High efficiency The overall efficiency of the PAK-A/AM is as high as approximately 80%, greatly reducing its Joule loss and increasing its rated output power. When the PAK-A/AM is used as a system component, the overall system cooling provision cost as well as the electricity cost itself will be substantially decreased. (3) High reliability and safety The PAK-A/AM has been designed to the highest reliability and safety available based on the full technical assets of Kikusui as a leading manufacturer of measuring instruments and power supplies. The PAK-A/AM is incorporated with protectors against output overvoltage, input overvoltage or overcurrent, and equipment overheat. Trip of any of these protectors will cause the switching drive stop and the input power switch (circuit breaker) turned off. (4) Provisions for system component In order to be able to serve as a component of an industrial system, the the PAK-A/AM is incorporated with the various features. The PAK-A/AM is available either in a blind type or in an indicating type (with a digital meter). It is incorporated with monitor, status, and control signal output circuits. It is provided with a remote/local selector switch. It employs a front air intake system, to improve the space factor of system components. It can be installed on a rack from the front of the rack. (5), Fan speed control for low acounstic noise The revolutionary speed of the cooling fan motor is automatically controlled in proportion to the heat sink temperature. This fan speed control is usefull for reducing the thermal stress of power device. Thus, automatically fan speed down when the load is light and/or ambient temperature is low, the PAK-A/AM generates less noise and the air filter is required to be replaced less frequently. (6) Remote control provisions In order to be operated as an industrial system component, the PAK-A/AM is incoporated with remote control provisions for continuously-variable control of the output voltage or current with an external voltage or resistance, for on/off control of the output switch with an external contact signal, for turning off of the input power switch, etc. 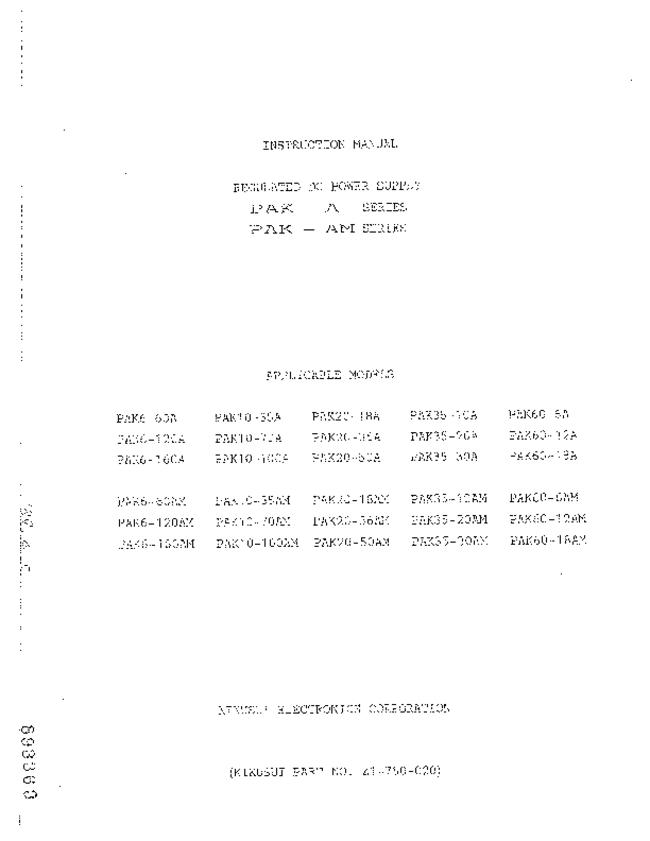 Failure to comply with these rules may result in being banned from further commenting. 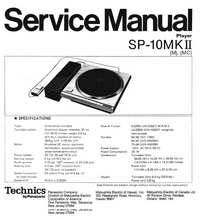 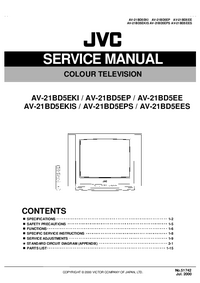