The dbx model 165 is a professional single channel compressor/limiter that features the new dbx Over Easy compression curve. The dbx Over Easy compression curve permits extremely smooth, almost inaudible compression due to the gradual change of compression ratio around the threshold, instead of the customary Sharp threshold. This curve, plus dbx's true RMS level detector coupled to a wide-range voltage controlled Amplifier in a feed-forward circuit, makes it possible to achieve larger amounts of compression without adverse audible side effects. The RMS level detector is separately accessible, allowing various signal conditioners — equalizers, filters, delay lines, etc. — to be inserted in either the level detector or signal path independently. This feature aids in the compression of certain difficult types of material, as well as in the creation of special effects. In addition to dbx's automatically variable attack and release time circuitry (as on the Models 160. 161, 162. 163 and 164), a front panel switch and controls provide for manually adjustable attack and release rates over a very wide range. The model 165 also features stereo coupling for two 165’s (at the touch of a front panel button), LEO indicators showing whether the signal is at. above or below the threshold of compression, a 30 dB dynamic range meter (indicating input, output and gain change levels), and a rear panel zero VU calibration adjustment. A hard-wired bypass switch, also located on the front panel, is convenient for checking the effect of the compression, and assures failsafe flow of audio through the unit. The maximum input level is +24 dB (123 V RMS) and maximum output level is +23 dBm. The output amplifiers have a source impedance of 47 ohms and will drive input loads of 600 ohms or greater impedance. Output gain is also adjustable over a very wide range I* 20 dB), to the model 165 is compatible with virtually all professional sound and Creative audio equipment. Perhaps the most flexible and useful compressor/ limiter ever offered, the dbx model 165 is well suited to a wide range of applications including: tape recording, disc mastering, radio and TV production and broadcast, live concert sound reinforcement, and theatrical production. More About Separate Level Detector Access Because auxiliary sound equipment can be used to process the level detector signal but not the main audio input signal {or vice-versa), the 165 offers the user an opportunity to create many unusual effects. By connecting it to additional signal processors, such as a parametric equalizer, the model 165 can be converted to a de-esser, a vocal stresser or a level-sensitive filter. Certain musical or vocal elements in a program can be suppressed without affecting others. In addition to these signal conditioning functions, many Creative special effects are possible. More About Over Easy Compression Conventional compressor/limiters have a Sharp knee at the threshold point (see Figure 3A). That is, when the input signal is below the threshold, the gain remains fixed (1:1 ratio or no compression), but when the input signal goes above the threshold, the gain abruptly decreases according to the compression ratio for which the unit is adjusted (several fixed compression ratios are shown in Figure 3A). This abrupt change in gain in a conventional compressor/I imiter is often audible and therefore undesirable to the user. The dbx Over Easy approach utilizes a soft knee at the threshold of compression (see Figure 3B). The Over Easy compressor/limiter gradually increases its compression ratio from 1:1 towards the set compression ratio as the input signal rises through the threshold region. Thus an age old dream can be realized ... dynamic range restriction without audible, abrupt gain changes. When properly operated, the model 165 is a highly effective compressor/limiter that you don't hear working. 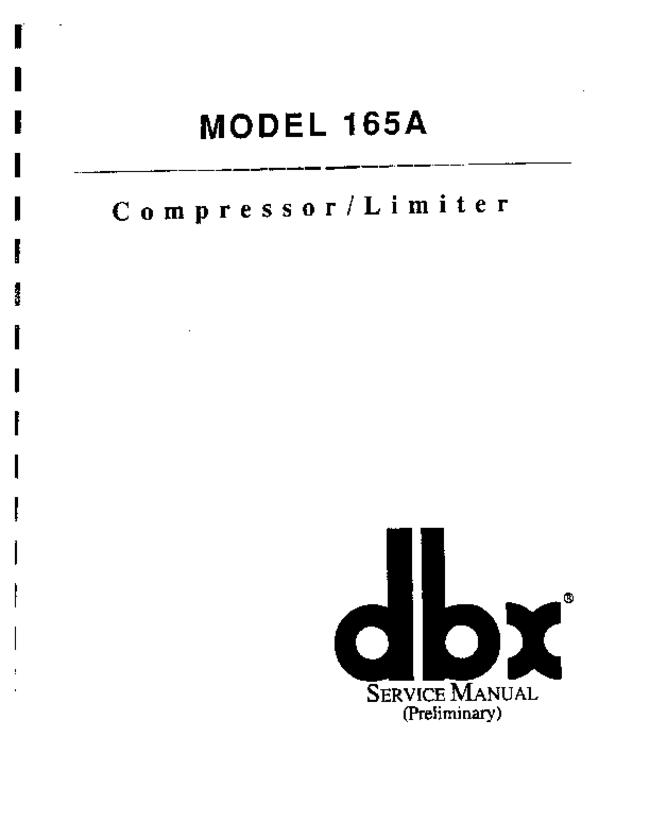 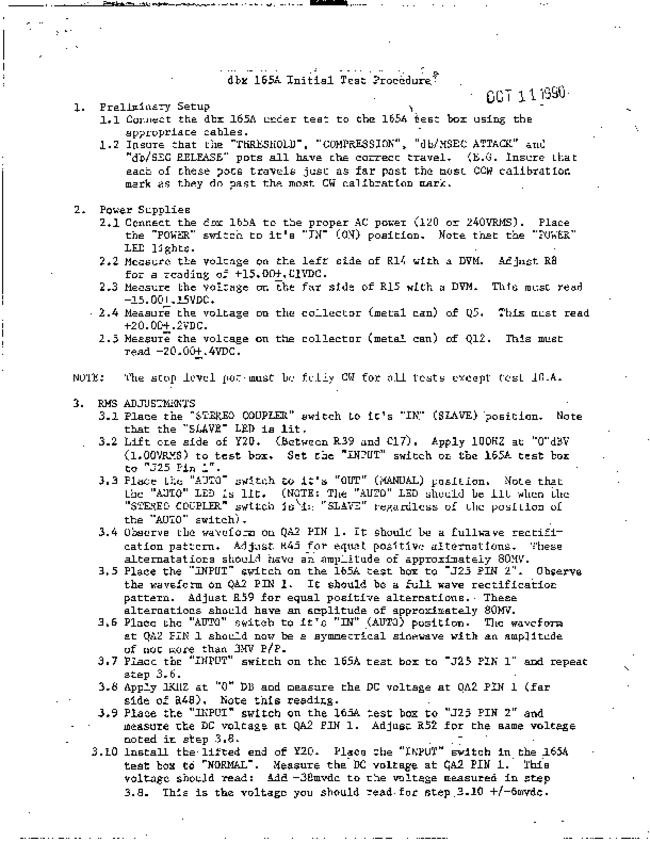 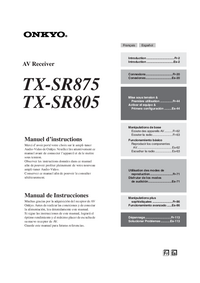 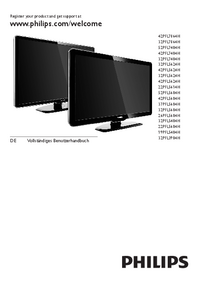